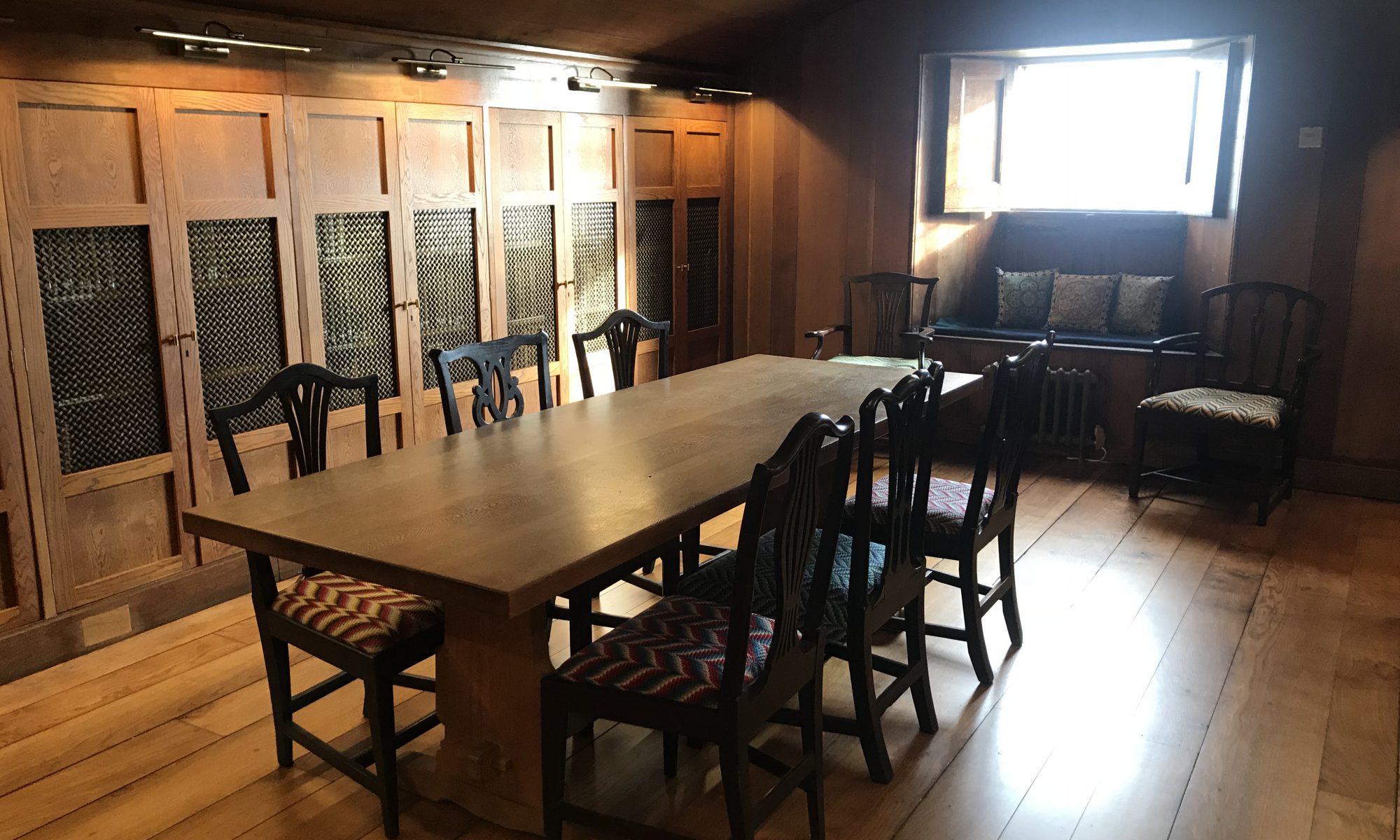 The Abbey Library is currently closed to the public whilst Iona Abbey is undergoing refurbishment. Once site access is made available, visits to the library will be warmly welcomed by appointment. Further information will be posted here at that time.

From the sixth century Columba’s great Scriptorium produced illuminated manuscripts and gathered precious books into Iona’s first library. Around the year 1200 Ranald, Lord of the Isles, transformed the Columban monastery to a Benedictine Abbey and the monks’ library, above the Chapter House, continued the tradition of learning and scholarly activity on Iona. Following the Reformation the Abbey buildings fell into desuetude and eventual ruin, despite the desire of Charles I to make the Abbey the diocesan Cathedral of the Isles. On a visit to Iona in 1773 Samuel Johnson famously observed:

In 1899 the eighth Duke of Argyll established the Iona Cathedral Trust, making over the ownership of the ruined Abbey buildings to the Trust in the hope that, in time, the ancient heritage might be restored. By 1905 the trustees had re-roofed and restored the chancel area and services were held there again; by 1913 the nave was restored and the whole Abbey Church used again for worship.

In the 1930s the Rev George MacLeod approached the trustees with a proposal to form a residential ‘Iona Community’ and restore the domestic and residential buildings of the Abbey. The trustees gave their consent, the Iona Community was established in 1938 and over the ensuing years the work of restoration proceeded. This included the Abbey library above the Chapter House.

A library, of course, requires books and over the years a substantial collection has been gathered. This includes historical items and ephemera that trace the history of Scotland from the earliest times to the present day. There is also an important Gaelic collection. Of particular significance are the volumes bequeathed to the trustees by brothers, Robert and Alexander Ritchie under their wills dated, respectively, 10 October 1923 and 8 June 1940. The brothers also left capital funds for the maintenance of the library and the acquisition of additional volumes. Described by the National Library of Scotland as a ‘significant collection’, the library has suffered from four decades of deterioration and the aim of the project now nearing completion has been to rescue it for future generations.

While referred to variously as ‘the Abbey Library’ or ‘the Trustees’ Library’ it should be noted that the Rev Robert Ritchie’s bequest specifically stated: ‘access to this library is to be made available to the islanders of Iona, visitors thereto and generally to students of History.’